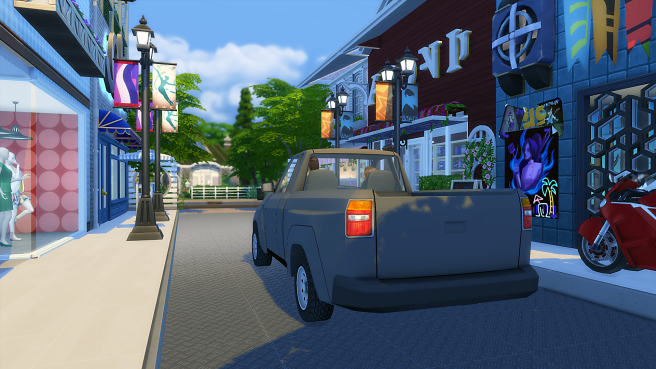 “Pretty please tell me what the surprise is?” I puckered my lips, hands clasped together under my chin while my eyelashes fluttered; I was trying in vain to pull off the irresistible pouty face women always made on television.

“Nope. Christina would kill me.” Christopher’s eyes never strayed from the road, both of his hands steady on the steering wheel. 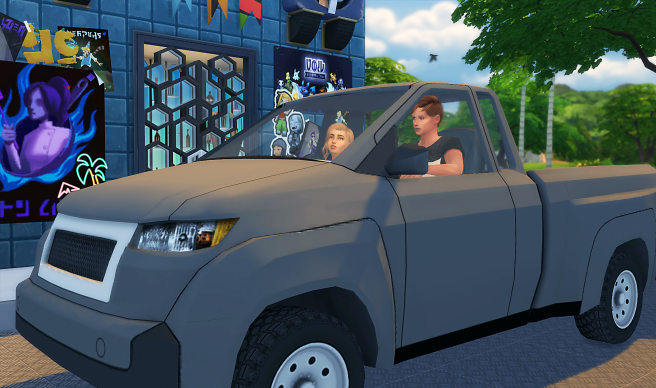 I winced at that word. Kill.

The nagging thoughts had become more persistent with time, creeping up when I least expected them to; spoiling what should have been joyous occasions. I worried that the crime would go unsolved, that my parents would never get justice for the awful actions that comprised the final moments of their lives. I had good reason to fret. The police had nothing to report whenever I called – which recently had been a daily occurrence – since the crime had been reported 3 months ago.

“Are you okay Will?” Christopher’s statement was punctuated by his calloused thumb slowly stroking my chin as the trunk lulled to a stop.

We were across the street from Channelside – a shopping district on the classier side of downtown Willow Creek. Velvet Day Supermarket  – the general store owned by the Levitt’s  – was bundled inside the bustling plaza, as well as a dozen other quaint shops and restaurants.

“Is my surprise in Velvet Day?” I asked.

“No.” Christopher entwined his fingers with mine and I leaned into his warmth as we walked the brick-paved paths. Channelside was named after the small stream that split the plaza in two, and our footsteps became hollow as we crossed the bridge that traversed the clear water.

“Is it clothes? Are you taking me shopping?”

“Hmmmm…” I mulled over the possibilities in my head, eyes falling onto a bookstore, then the electronic store. Neither of those seemed to be where we were heading. Before I could come up with another question a familiar blonde came into view.

Christina was waiting outside of Carpe Donut, a charming cafe that served a plethora of sweet treats and coffee, smile plastered onto her face as she waved at us, “They just made a fresh batch.”

“A fresh batch?” I echoed, glancing up at Christopher, “is this my surprise?”

“But I don’t wanna be patient.” I whined.

Christopher squeezed my hand as he pulled me to his chest, his hot breath had a hint of mint as his lips grazed my forehead, “Good things come to those that wait.”

I usually was patient – I didn’t mind standing in long lines or waiting for Christina to get ready in the morning – I just wasn’t a fan of surprises. And while I knew whatever Christopher and Christina had in mind wouldn’t be awful, it still made my stomach churn somewhere between excitement and anxiety, “Fine. Fine.” I conceded, allowing him to lead me into Carpe Donut. 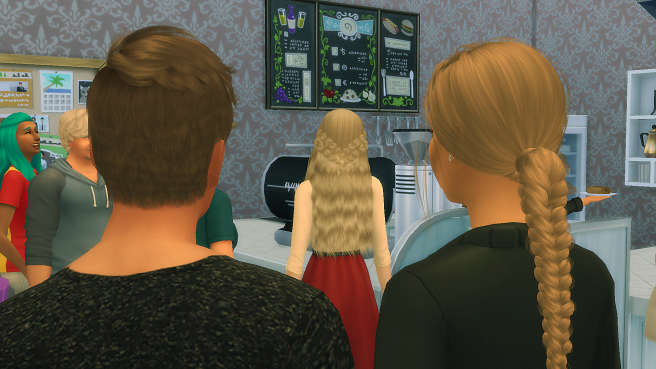 The cafe was pastel – bubblegum colored seats and tables dotting the interior – and the scent of freshly brewed coffee wafted freely. Christina was already talking to the cashier, animated about whatever she was ordering. I went to join her but Christopher pulled me back, nodding towards the stairs that led to the roof, “Christina will bring it up to us.”

Christopher’s chuckle only caused the wrinkles between my brow to deepen.

The cotton candy colors continued on the roof, parasols providing much-needed shade from the afternoon sun. From up here, we could see all Channelside had to offer, the other patrons of the plaza milling around below. We had just settled down at a table near the railing when Christina’s head bobbed into view. In her hands were three ice cream cones, and she handed one to each of us before sitting down beside me.

“My surprise is ice cream?” The disappointment in my voice was palpable.

At Christopher’s encouragement, I took a taste. It was fruity, sweet and smooth, but I had grown up eating Carpe Donut’s ice cream. It had always been the best.

“Guess who’s strawberries went into it?”

My eyebrows furrowed at the question. Whose strawberries went into it? How was I supposed to know where Carpe Donut got their strawberries from?

And then it hit me. My eyes went wide, gaze darting between them as I was unable to contain the rush of excitement soaring through my veins, “Mine? My strawberries went into this?” 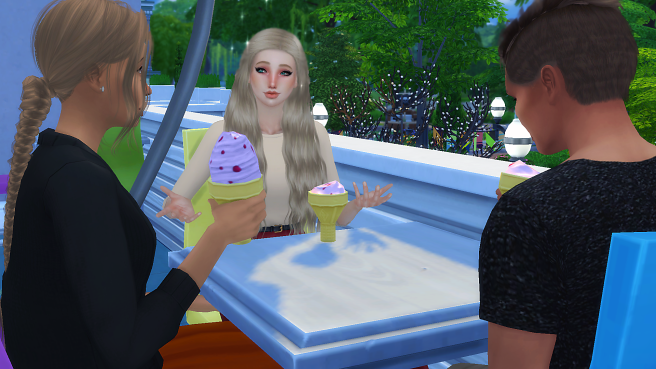 Christopher and Christina were grinning so wide, and they practically glowed with pride, as they nodded their affirmation.

The past week had been busy. Get up, go to work, barely have time to eat before it’s time to go back to bed busy. But when I had finished, when my harvest finally allowed me to buy groceries for the Levitt’s and dinner for Christopher, there had been a sense of finality. Like I had accomplished my goal. Now my chest swelled with pride.

“Thank you, you guys. I don’t even know what to say.” I took another bite of my ice cream and this time, for some reason, it tasted it better than before.

We spent the next half hour people watching from our remote location on top the cafe until Christopher gestured downwards, towards the Velvet Day, where a young man was pacing back and forth, “Ain’t that Aiden?”

I squinted, leaning forward in my seat in order to get a better look. The man was blonde like Aiden, and his build was similar to Christina’s ex, but all it took was a glimpse of Christina’s horror stricken expression to know that Christopher was right.

“What is he doing here.” Christina slouched down in her chair as she spoke as if she wanted nothing more than to melt away like our ice cream in that moment. 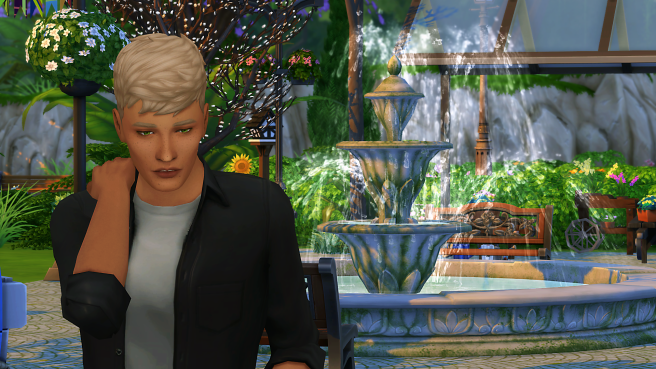 “Well, did you ever answer his calls or texts?” I rested my chin on my fist as Aiden continued to pace up and down the brick road, his hair disheveled from raking his hands through across his scalp. While I would always be on Christina’s side, I couldn’t help but feel sorry for the guy.

“No.” She whispered, using a napkin to hide her face.

I laughed, swatting the cloth out of her hand, “I am going to assume he wants to talk to you then.” 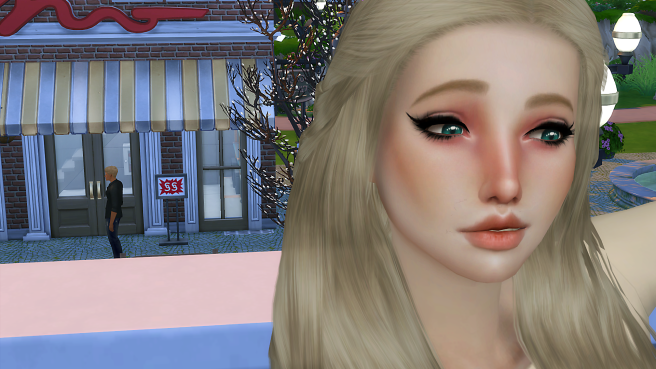 She glared at me before turning her back to him, “I can’t talk to him.”

“Yes, you can. Go put the poor guy out of his misery.” I coaxed.

“‘Tina, look at him. You can’t just leave him there.” There was a quiet desperation to Christopher’s voice and I didn’t know if it stemmed from personal experience or from how pathetic Aiden currently looked, but the unease the thought caused made me hope it was the latter.

The silence stretched between the two siblings before she sighed, “Okay, okay. I’ll go talk to him.”

I waited until she exited to the cafe to stand up, leaning over Christopher in order to get a better view.

“What are you doin’?” He asked, hands slipping around my waist.

But I couldn’t tell him, I could hardly register what was happening myself. Instead, I made a weird high pitched squeal. 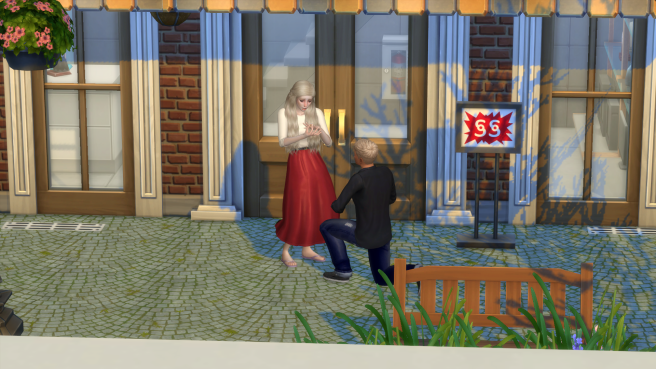 Christopher pulled me onto his lap just in time to see his sister accept the ring.

View all posts by Arrowleaf

a collection of Sims stories and musings